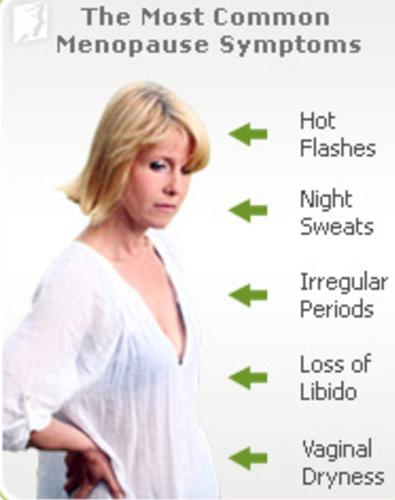 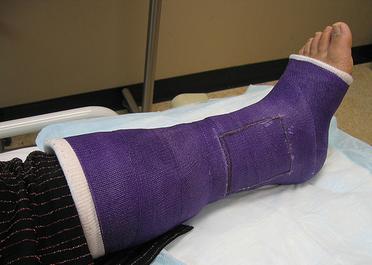 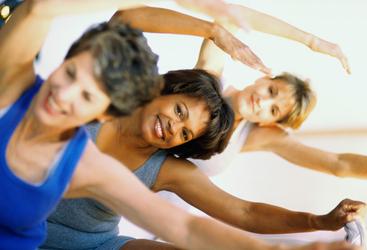 Menopause is characterized by the loss of estrogen production by the ovaries. This may occur by natural means or by the surgical removal of both ovaries.  This can cause a variety of symptoms, and it can take the body a while to adjust to the changing hormones.

Every woman experiences menopause differently, with different impressions and feelings. Menopause is the ending of the monthly cycle and fertility. Menopause has happened when the woman has had her last period. This does not happen suddenly. It usually starts with the periods getting irregular. This means you can only tell with hindsight when it has definitely happened. It is not until a woman has not had a period for 12 months that she can know for sure the menopause is over.

On average, women experience the menopause sometime around 51 years of age, although it is often a few years earlier or later.

What symptoms can the menopause cause?

Somewhere between a half and two-thirds of women will have hot flashes and sweats when they go through menopause. They are the most common symptoms women have, and in some cases they can be very sereve. If they happen at night, they can disturb sleep.

Hot flash is a wave of heat that hits the whole body very suddenly. It lasts on average about three minutes. Although  in some women hot flashes will decrease or stop in about 2 years, in one out of three women,the symptoms can continue for five years or longer.

About three out of every 10 women experience vaginal dryness during or after menopause. This can cause discomfort with sexual intercourse, and it can also make vaginal infections more frequent.

Osteoporosis isn’t like most diseases. There are usually no tell-tale symptoms that alert you to its presence early on in its progression. Even if your bones are becoming weaker, you likely won’t feel it.  For most people, the first indication that they have osteoporosis is a fracture. These fractures may cause a loss of height, and you may notice your spine starting to hunch forward. The problem is, when fractures occur, osteoporosis is already in its advanced stages.  Loss of estrogens due to menopause accelerates bone loss for a period ranging from 5 to 8 years.

It is well established that estrogen replacement during menopause protects bone mass and helps protect against the risk of osteoporotic fractures. The accelerated bone loss during menopause has little relationship to the amount of calcium intake. After age 60, however, the proper attention to calcium intake is very important and has been shown to increase bone density. An important study published in 1992 showed that elderly women who took supplemental dietary calcium (with vitamin D) had a 30% less fractures (including hip fractures) than similar women who did not take supplemental calcium. When these investigators looked at these women again 3 years later, they still had a significantly less rate of fractures, and, they had a 15 % decreased chance of death.

What about hormone therapy?

Hormone replacement therapy (HRT) is usually based on the hormones estrogen and progesterone. HRT is available in several forms, including tablets, patches, nose sprays, implants and injections.  There are also vaginal creams, suppositories (vaginal tablets) and soft rings containing hormones to insert in the vagina.

HRT with estrogen, with or without a progesterone, is the most effective treatment known to help relieve hot flashes and the sweats that come with them. Most women who take hormone therapy will either have no more hot flashes (8 out of 10 women), or their hot flashes will be less severe.

HRT might cause menstrual-like bleeding or spotting, breast tenderness and/or nausea in many women in the first months of using it. The lowest possible effective dose is not known.

What can help women manage?

Exercise will improve heart and circulation health, as well as strength and flexibility. Many women try relaxation or breathing training, meditation, yoga or tai chi. These have not been tested to see if they can relieve menopausal symptoms.

There are no particular changes to the diet that have been shown to either worsen, or improve, menopausal symptoms. The results of trials of soy-based foods and soya dietary supplements are contradictory, so we do not yet know if they can help or not.

If women have discomfort during sexual intercourse, lubricants and vaginal moisturisers are available to try.