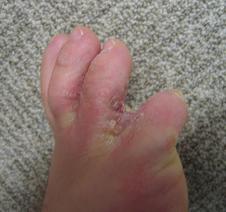 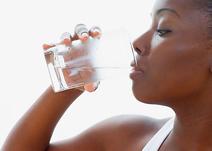 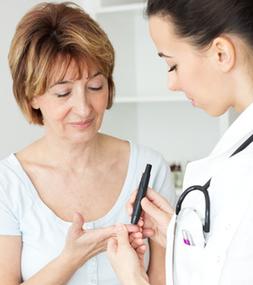 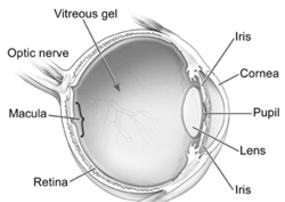 Diabetes (diabetes mellitus) is classified as a metabolism disorder. Metabolism refers to the way our bodies use digested food for energy and growth. Most of what we eat is broken down into glucose. Glucose is a form of sugar in the blood - it is the principal source of fuel for our bodies.

To understand diabetes, it is important to first understand the normal process by which food is broken down and used by the body for energy. Several things happen when food is digested:

Glucose (sugar) enters the bloodstream. Glucose is a source of fuel for the body.

The organ pancreas, makes insulin. The role of insulin is to move glucose from the bloodstream into muscle, fat, and liver cells, where it can be used as fuel.

People with diabetes have high blood sugar because their body cannot move sugar into fat, liver, and muscle cells to be stored for energy. This is because either:

Their pancreas does not make enough insulin

Their cells do not respond to insulin normally

or a combination of both of the above

Insulin is a hormone that is produced by the pancreas. After eating, the pancreas automatically releases an adequate quantity of insulin to move the glucose present in our blood into the cells, and lowers the blood sugar level.

A person with diabetes has a condition in which the quantity of glucose in the blood is too elevated (hyperglycemia). This is because the body does not produce enough insulin, produces no insulin, or has cells that do not respond properly to the insulin the pancreas produces. This results in too much glucose building up in the blood. This excess blood glucose eventually passes out of the body in urine. So, even though the blood has plenty of glucose, the cells are not getting it for their essential energy and growth requirements.

There are three main types of diabetes:

Type 1 diabetes can occur at any age, but it is most often diagnosed in children, teens, or young adults. In this disease, the pancrease makes little or no insulin. Daily injections of insulin are needed. The exact cause is unknown, but it is an autoimmune disease.

Type 2 diabetes makes up most of diabetes cases. It most often occurs in adulthood, but teens and young adults are now being diagnosed with it because of high obesity rates. Many people with type 2 diabetes do not know they have it.

Gestational diabetes is high blood sugar that develops at any time during pregnancy in a woman who does not have diabetes.

Diabetes Types 1 and 2 are chronic medical conditions - this means that they are persistent and perpetual. Gestational Diabetes usually resolves itself after the birth of the child.

Type 1 diabetes is an autoimmune disease - the person's body has destroyed his/her own insulin-producing beta cells in the pancreas.

Type 1 diabetes is also known as juvenile diabetes or childhood diabetes. Although a large number of diabetes Type 1 patients become so during childhood, it can also develop after the age of 18. Developing Type 1 after the age of 40 is extremely rare.

A person with diabetes type 2 either:

Does not produce enough insulin. Or suffers from 'insulin resistance'. This means that the insulin is not working properly.

The majority of people with Type 2 have developed the condition because they are overweight. Type 2 generally appears later on in life, compared to Type 1. Type 2 is the most common form of diabetes.

In the case of insulin resistance, the body is producing the insulin, but insulin sensitivity is reduced and it does not do the job as well as it should do. There is a build up of glucose in the blood as a result of the glucose not entering the body's cells.  Thus, despite of plenty of glucose being available in the blood, the cells are not getting the glucose they need for energy and growth.

As the disease progresses the production of insulin is undermined and the patient will often need to be given replacement insulin.

Many experts say that central obesity - fat concentrated around the waist in relation to abdominal organs - may make individuals more predisposed to develop Type 2 diabetes.

Central obesity does not include subcutaneous fat (fat under the skin). The fat around your waist - abdominal fat - secretes a group of hormones called adipokines. It is thought that adipokines may impair glucose tolerance.

The majority of people who develop diabetes Type 2 were overweight during the onset.  It is not uncommon for people to achieve long-term satisfactory glucose control by doing more exercise, bringing down their bodyweight and cutting down on their dietary intake of carbohydrates.
However, despite these measures, the tendency towards insulin resistance will continue, so the patient must persist with his/her increased physical activity, monitored diet and body weight.

If the diabetes mellitus continues despite the change in diet, and exercise, the patient will usually be prescribed orally administered anti-diabetic drugs. As a person with Type 2 still does produce his/her own insulin, a combination of oral medicines will usually improve insulin production, regulate the release of glucose by the liver, and treat insulin resistance to some extent.

If the beta cells become further impaired the patient will eventually need insulin therapy in order to regulate glucose levels.

A family history and age increases the risk for type 2 diabetes.

Why is blood sugar checked at home?

Home blood sugar (glucose) testing is an important part of controlling blood sugar. One important goal of diabetes treatment is to keep the blood glucose levels near the normal range of 70 to 110 mg/dl before meals and under 140 mg/dl at two hours after eating. Blood glucose levels are usually tested before and after meals, and at bedtime. The blood sugar level is typically determined by pricking a fingertip with a lancing device and applying the blood to a glucose meter, which reads the value. There are many meters on the market, for example, Accu-Check Advantage, One Touch Ultra, Sure Step and Freestyle. Each meter has its own advantages and disadvantages (some use less blood, some have a larger digital readout, some take a shorter time to give you results, etc). The test results are then used to help patients make adjustments in medications, diets, and physical activities.

How is diabetes treated?

Adherence to a diabetic diet is an important aspect of controlling elevated blood sugar in patients with diabetes. The American Diabetes Association (ADA) has provided guidelines for a diabetic diet. The ADA diet is a balanced, nutritious diet that is low in fat, cholesterol, and simple sugars. The total daily calories are evenly divided into three meals. In the past two years, the ADA has lifted the absolute ban on simple sugars. Small amounts of simple sugars are allowed when consumed with a complex meal.

For women with gestational diabetes, experts recommend the following goals for diabetes management:

People with diabetes do have a higher risk of blindness than non-diabetics.

Diabetic eye disease may include:

Diabetic retinopathy—damage to the blood vessels in the retina.

Cataract—clouding of the eye’s lens. Cataracts develop at an earlier age in people with diabetes.

Glaucoma—increase in fluid pressure inside the eye that leads to optic nerve damage and loss of vision. A person with diabetes is nearly twice as likely to get glaucoma as other adults.

Often there are no symptoms in the early stages of the disease, nor is there any pain. Don’t wait for symptoms. Be sure to have a comprehensive dilated eye exam at least once a year.

Blurred vision may occur when the macula—the part of the retina that provides sharp central vision—swells from leaking fluid. This condition is called macular edema.

If new blood vessels grow on the surface of the retina, they can bleed into the eye and block vision.

People with diabetes can develop many different foot problems.

Neuropathy
Although it can be painful, diabetic nerve damage can also lessen your ability to feel pain, heat, and cold. Loss of feeling often means you may not feel a foot injury. You could have a tack or stone in your shoe and walk on it all day without knowing. You could get a blister and not feel it and not notice the injury until the skin breaks down and becomes infected. Nerve damage can also lead to changes in the shape of your feet and toes.

Diabetes can cause changes in the skin of your foot. At times your foot may become very dry. The skin may peel and crack. The problem is that the nerves that control the oil and moisture in your foot no longer work.

Calluses occur more often and build up faster on the feet of people with diabetes. This is because there are high-pressure areas under the foot. Too much callus may mean that you will need therapeutic shoes and inserts. Calluses, if not trimmed, get very thick, break down, and turn into ulcers (open sores). Never try to cut calluses or corns yourself - this can lead to ulcers and infection.

Poor circulation (blood flow) can make your foot less able to fight infection and heal. Diabetes causes blood vessels of the foot and leg to narrow and harden. You can control some of the things that cause poor blood flow. Don't smoke (smoking makes arteries harden faster). Some people feel pain in their calves when walking fast, up a hill, or on a hard surface. This condition is called intermittent claudication. Stopping to rest for a few moments should end the pain.

Anyone can have skin complication, but people with diabetes get more easily. Long-term type 2 diabetes and uncontrolled hyperglycemia (high blood glucose) can reduce blood flow to the skin as well as damage blood vessels and nerves. Decreased blood circulation can lead to changes in the skin’s collagen, altering its texture, appearance, and ability to heal.

Several kinds of bacterial infections occur in people with diabetes:

Fungal infections, caused by the spread of the fungus Candida albicans, or yeast, are also common for type 2 diabetes patients, especially if their blood glucose is not well controlled. These infections often occur in warm, moist folds of the skin. Problem areas are under the breasts, around the nails, between fingers and toes, in the corners of the mouth, under the foreskin (in uncircumcised men), and in the armpits and groin.

Localized itching is often caused by diabetes. It can be caused by a yeast infection, dry skin, or poor circulation. When poor circulation is the cause of itching, the itchiest areas may be the lower parts of the legs.